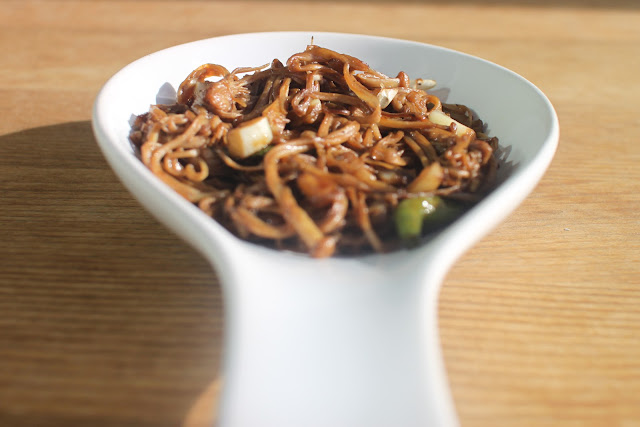 Mushroom recipes are my go to on lazy days. They require little preparation, cook fast and are brimming with nutrition.
While I am a sucker for the earthy flavor and chewy texture of Shiitake, Enoki is a close second thanks to its versatility. Use it sparingly with stir fried meat dishes or make it a meal in itself. It's mild flavor and bean sprout like crunchy texture make it a great choice for single bowl dinners.
Ingredients (serves one)
Enoki mushrooms - 2 stalks
Ginger - chop or shred about 1/2 inch
Garlic - a couple of cloves chopped fine
Green chillis - at least one; tone it up as per taste
Soy Sauce - about 2 teaspoons
Water -  sprinkle about 2 teaspoonsful just to bring all the flavors together
Butter/sesame oil - some (and, some more if you use butter)
Sugar - just a pinch (if that)
Salt and pepper to taste

Heat some butter in a wok; add the green chillies and garlic. Saute for about two minutes; make sure you don't burn the garlic. Then toss in the sliced ginger and mushroom. Stir fry for a couple of minutes and add soy sauce. Sprinkle the sugar. Continue to saute until the mushrooms are almost cooked (about four minutes) while sprinkling the two teaspoons of water as it cooks. Make sure you don't add too much water at a time, as that would soggy up the mushrooms while making the flavor bland.  Season with salt and pepper, and, garnish with chopped spring onion (IF you want to dress it up)

Try this on a bed of steamed jasmine rice or brown rice for a fuller meal.

You can also add bell peppers, julienned onions, shredded carrots and sliced bamboo shoots to make it a truly robust meal. However, those upgrades would disqualify this recipe from my list of lazy meals! 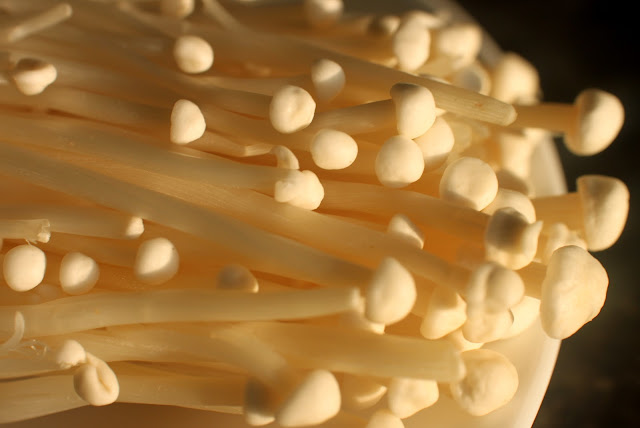 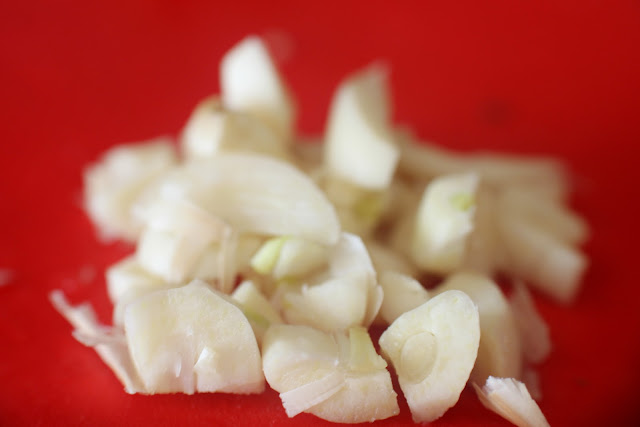 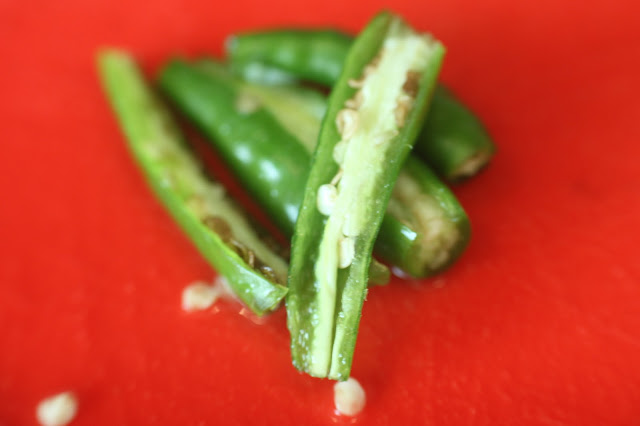 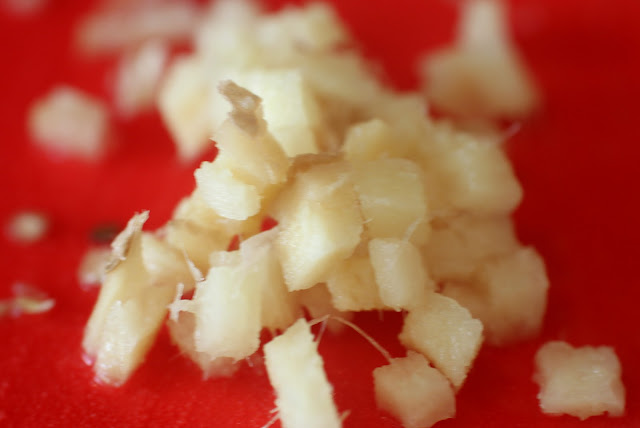 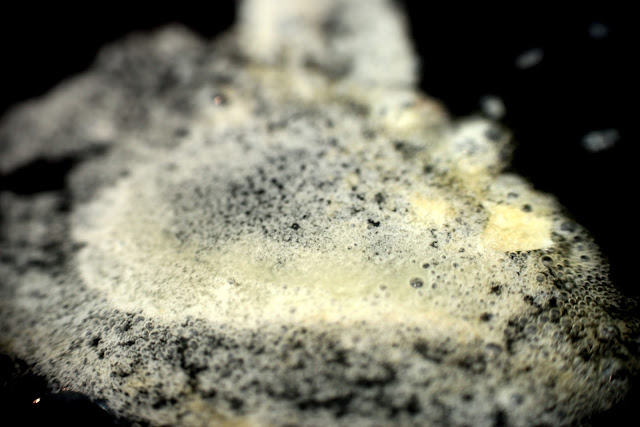 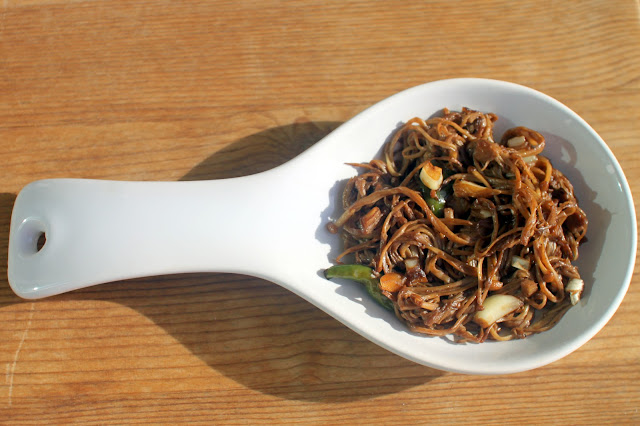 Thanks for taking the time to leave a comment!